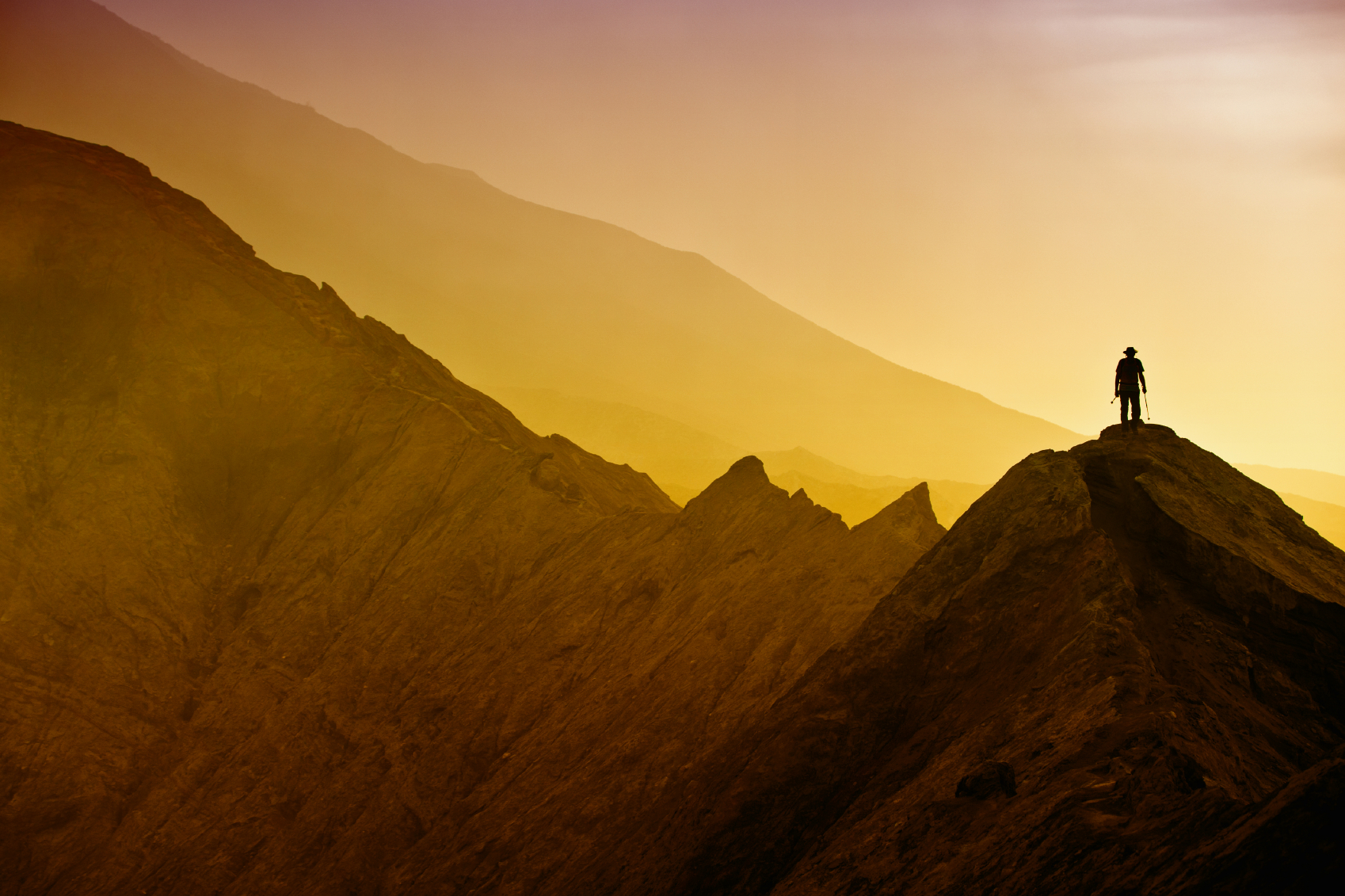 With uncertainty and fear the warrior sets out on his own route upon the mountain.

The warrior can’t see the top of the mountain. He doesn’t know where it will end or if it even does.

The real prize he searches for cannot be seen. It is invisible to the eye.

It can only be felt. Not just by himself but from others around him. The warrior emits an aura not from what he has but from who he is.

Achievements, setbacks and turmoil are viewed as a way of becoming, of discovering a deepening sense of transcending into something powerful and real. The successes, setbacks and hardships are not given definitive emotional attachment. They are accepted as part of the way.

The further up the mountain the warrior climbs the thinner the air gets. There is fear in the air here and it constricts dreams and desires out of those that have not prepared well. Those that thought the warriors path was something to dabble in or an egotistical display for praise head back down into comfort and certainty. The warrior feels the fear coursing through his body but plods on knowing with each step he becomes stronger. He feels the energy where other great men and women passed this way. It beckons him on as distractions and external hindrances are left behind but are still waiting in a swirling mist to cloud and obscure someone else’s journey of self discovery.

After much time on the mountain the warrior has experienced plenty of battles. He has experienced some successes, obstacles and suffering. But he never defined himself by them. Every single event was looked upon as a guide to something greater. Even when the storm was so great that he couldn’t see right in front of him, he stepped back, looked again and saw the way forward.

Time on the mountain illuminates fear as not a separate self-defeating entity but as part of the warrior. It becomes recognised as a misunderstood ally that is constantly revealing the doorway to self-knowing.

There is an ageless wisdom on the mountain. It has always been here but it is increasingly being obscured by the pursuit of a life of extreme comfort. This obsessive pursuit of safety and comfort is constantly being mistaken as a way to happiness and fulfilment.

The warrior realises the path of the mountain is a glimpse of his own innermost reality. Throughout the journey layers of self-doubt, fear, judgment, resentment and confusion have been shed leaving nothing but truth.

The warriors’ path is the pursuit of truth over pleasure. But paradoxically to discover real pleasure is in truth.

The warriors’ quest is not the mountain summit but deeper insight. Inner reflections of who he has become.

This discovery is timeless and eternal and the only real comfort that exists.

This month we are about to launch the groundbreaking course ‘The Healing Mind’ at our full time premises set within beautiful countryside in Sevenoaks, Kent. It is a life changing course that has transformed the lives of hundreds of people It is the first of its kind to cover how our … END_OF_DOCUMENT_TOKEN_TO_BE_REPLACED