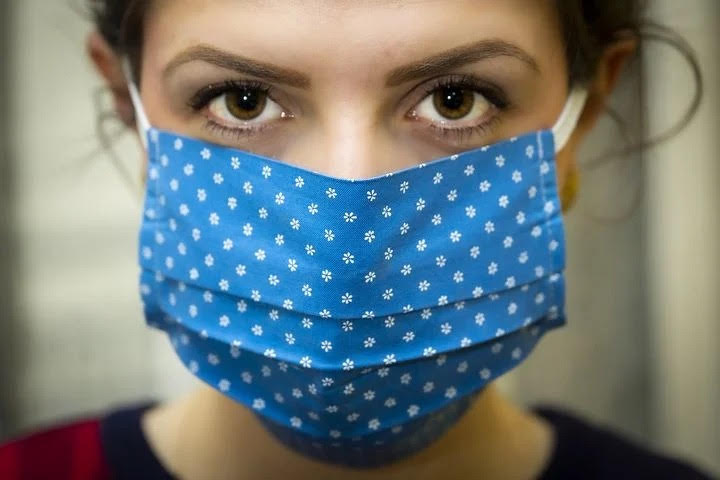 After the huge response to my last article ‘My experience with COVID and battle plan’ things have progressed to the point where the huge pharmaceutical company, Pfizer, have announced they are 99% of the way there to having the COVID vaccination ready. The U.K. government have invested in the first 30 million shots, that they want to increase to 100 million and beyond.

My personal opinion on the vaccination for most people, is to avoid it at all costs.

I am not anti-vaccine. Many of them save lives. I am however anti-fearmongering, against manipulation, conflict of interest and deceit. I am also cautious of anything like this that will only have received very short term testing and many restrictions removed to allow fast access.

The excitement over the vaccine from well meaning scientists and the public, has once again demonstrated how we consider drugs and vaccines not just the solution but the foundation of our own healing.

I wonder just how much we could change the health of our nation if we put as much time, effort and money into educating the public on healthy food and immunity, sugar and how it helps feed a virus and many many other positive changes to lifestyle and food.

Of course, it is understandable for the very elderly and the very ill to consider the vaccine if the benefits outweigh the negatives. But to these people I would also ask, are you doing everything you can to take responsibility for your health?

On Monday 9th November, former conservative MP David Mellor, voiced his disapproval on television about the health dossier behind the latest lockdown and wrote this week “They’re sending us to hell in a handcart on the back of a dossier so dodgy, even Tony Blair wouldn’t have touched it.”
A study by Kings College London last week found the measuring speed of the spreading of the virus known as the R rate, had fallen to one. They are echoing the words of thousands and thousands of doctors and scientists over the U.K. and abroad saying the same thing. Many doctors have said the accuracy of the test is bad and creating many false positives. I heard this personally from a high level doctor who worked at a very busy hospital. In this situation we obviously ask what is the truth? In order to get to this, we need to look at the secretive behaviour of the government and SAGEs refusal to release the health dossier to look behind the sources of information they go to and uncover clearer motives.

Noam Chomsky recently said “What is kept secret very rarely has anything to do with security“. We instead find that corruption and personal interest are at the forefront of motive.

Let’s at least start with Pfizer through the revealing independent journalist group ‘The Mirror Project,’ and get a better understanding of this huge pharmaceutical company.

The Mirror Project have revealed the standards and behaviour of Pfizer. It’s far from comforting and once you know how immoral and ruthless they are, you may not be quite so willing to trust them with injecting anything into your body let alone your children. Fortunately, there are no plans to inject children just yet, but this may change and I suspect it will.

The following is supplied by The Mirror Project and is a mere 20% of the Pfizer rap sheet. Pfizer received the biggest criminal fine in U.S history that resulted in a 2.3 billion dollar settlement mis-promoting medicines and supplying kickbacks for compliant doctors. In the 1990s they were involved in defective heart valves that led to the deaths of more than 100 people by deliberately misleading claims to a particular drug. In 2012 they were in trouble again for bribing doctors to increase drugs in foreign sales. They were also sued by Nigerian families for testing a dangerous new antibiotic called Troven on children without parents consent. It goes on and on and on which you can see for yourself through The Mirror Project.

Does this sound like a business to hand the responsibility of your health over to?

Let’s now move on to the potential profit Pfizer could make from the vaccine. The publication ‘What Doctors Don’t Tell You’ recently wrote that Pfizer could earn over $15 billion dollars from its COVID 19 vaccine but it could be double this if they progress with their plans of a double shot vaccine. The USA has placed a $1.95 billion order for a hundred million doses. Their agencies are set to place an order of 500 million doses once the vaccine can be proven to work. Regulators will be setting the bar low so the the vaccine can hit the market as soon as possible. Normal safety tests will be bypassed because these take years of monitoring.

I would also like to remind everyone that history proves efficiency as well as abysmal failures. A short term tested drug will not reveal long term complications. We cannot just hand over our health to the drug companies then voice our distrust and anger when things go wrong. It is our responsibility to ask what’s in a drug or vaccine and whether we really need it. Especially in a world that puts profit before health.

I would also add, if you decide to reject a vaccine after what looks like an unnecessary second lockdown, it gives a strong message to the government and their pharmaceutical allies that you will not be manipulated and scared into any agenda or social experiment. Let’s look at the manipulation tactics by US health agencies next.

The manipulation of Guilt, anger, trust and bravery.

US health agencies are testing a variety of marketing messages to persuade the maximum number of people to get a COVID vaccination even before its available. Yale University and its research team has 4000 volunteers who will be given differing marketing messages and the most successful will most likely be used for national vaccine campaigns. The first and standard message will be that the vaccine is safe and effective. This is paramount to put peoples fears at bay. Yet we now know that fear is used as an on and off switch by those that know how and when to press them. A reminder of how the virus is restricting personal freedom and the ability to earn a living will also be used as a vaccine persuader.

Guilt and ‘social pressure anger’ is another, as in how someone would feel if they infected their family and others in their community. Note the U.K. flu jab marketing use a similar advert with this approach.

Another is using the trust in science approach, where those that refuse the vaccine do not understand a virus and are ignoring science. My personal favourite though is in the suggestion that those that avoid the vaccine are not as brave as frontline responders such as hospital staff, firefighters etc. The idea that these vaccine companies can create moral judgements in others is ludicrous.

Our health is our responsibility. Make the right decision for you now.

I am personally calling for a health revolution. And when I say health, I don’t mean some lame interpretation like lowering a cholesterol level or losing half a stone, I mean complete ownership and responsibility to ones health that includes, how we live, how we think, the fear we can overcome, what we believe and in doing so, become independent from lies, corruption and conformity. Because I discovered a long time ago that true health is within a mindset not a blood test. This is what the pharmaceutical industry really don’t want and neither do any government. It will take courage, it will take a transformation. But life is in the conquering of fear, not the running from it.

Please reach out if you need advice or require further information.

Good health to you all.

Dr Mike Yeadon: Coronavirus pandemic is ‘fundamentally over in the UK’
View on Youtube

What Doctors Don’t Tell You – WWW.WDDTY.COM

This month we are about to launch the groundbreaking course ‘The Healing Mind’ at our full time premises set within beautiful countryside in Sevenoaks, Kent. It is a life changing course that has transformed the lives of hundreds of people It is the first of its kind to cover how our … END_OF_DOCUMENT_TOKEN_TO_BE_REPLACED