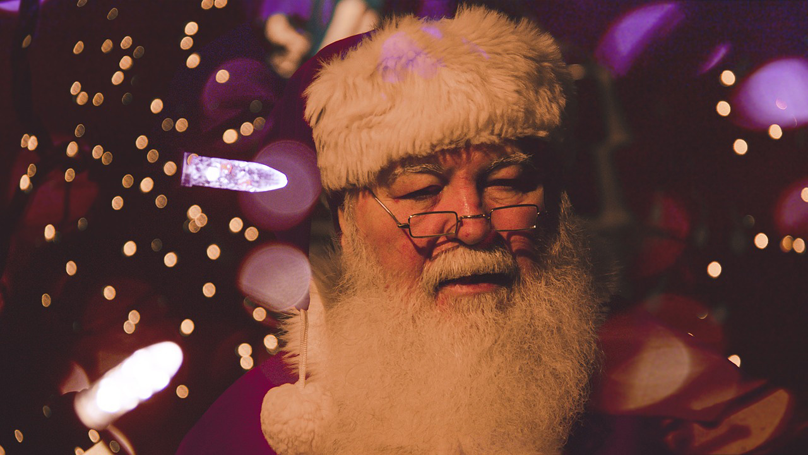 I remember shouting this particular sentence at my Mother as a young boy with great shock and disbelief. My little childhood friends had just informed me that this Christmas figure of great meaning that was supposed to have visited my home year after year was nothing more than a myth. I was completely shocked upon hearing this and fought back in defiance and denial with the comment “Well he may not visit your house, but he certainly comes to mine!”

I really wanted to believe. In my heart I knew they were telling the truth but it didn’t change the deep need to believe it was true. There was comfort in the belief. Security and certainty. Uncertainty followed my young mind before I adapted to the facts and moved on.

Even as adults we form beliefs based upon the self image we portray to the world and the comfort and security we obtain from it. If this sense of self is threatened and with it, it’s belief systems, there is an automatic defence and attack response ranging from one of trying to obtain sympathy and pity to a highly aggressive behaviour. Modern society has become obsessed about comfort and security and this has incorporated itself into our behaviour because we as individuals make up society as a whole.

One thing this years events have demonstrated is that uncertainty is going to be more prevalent. This is and will threaten the sense of self people have developed from a societal focus of unchanging easy life solutions and the judgement often held in comparing oneself to others. Even within the once unquestionable voice of the media and politics are huge cracks starting to appear as the entire structure is being questioned and often completely disbelieved.

The natural world around us thrives in chaos, uncertainty and volatility. It brings new growth, new life and restores a certain order from periods of apparent disorder. As part of this world the same process applies to us. There is great growth from uncertainty and periods of chaos. It is actually essential in not only breaking rotten and decaying parts of the environment but most importantly it reveals just how badly the change and new growth was needed.

It reveals truth. Not through analysis but by the sudden chaos that comes with a series of interconnected events that gain momentum as they follow the same inevitable path of cause and effect.

Have a great Christmas everyone and whatever chaos 2017 may bring, be like the Taoist and flow and create with the storm and the calm and become comfortable with uncertainty.

This month we are about to launch the groundbreaking course ‘The Healing Mind’ at our full time premises set within beautiful countryside in Sevenoaks, Kent. It is a life changing course that has transformed the lives of hundreds of people It is the first of its kind to cover how our … END_OF_DOCUMENT_TOKEN_TO_BE_REPLACED