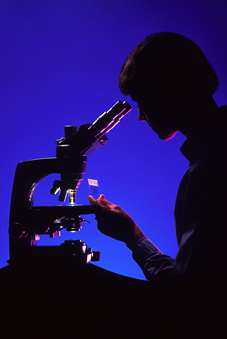 Neuroscience continues to produce extensive beneficial information about how our brain works, why we behave the way we do and the habits we form.

What is often missed though is that a lot of this information is obtained from remarkable men and women who have trained their minds to an almost superhuman level.

The experience of these incredible individuals have paved the way for scientific research, most often these people have lived with ridicule, disbelief and even aggression at their claims. But they have never needed scientific proof or approval. They instead had a deep level of knowing, that came from long term self-testing and study and this itself is real knowledge that arises from solid experience.

Wim Hof, the world record holding extreme cold endurance athlete had repeatedly said that he could produce adrenaline and influence his own immune system by breathing alone. This was ridiculed and disbelieved until his claims were finally confirmed by extensive laboratory tests.

I have met and studied with several Martial Arts and meditation masters whose capabilities defied belief and remain way ahead, of not just sports science but many accepted structured methodologies, of mind and body.

Masters of the Far East have demonstrated the most amazing power over their minds that neuroscience has relied upon to better understand the brain and progress this understanding further than before. Wim Hof summed it up when he said you can learn techniques to gain information about your mind with NLP and hypnosis but where’s the proof? Can you demonstrate it? How has it changed your life? This is a major difference between someone that has information and one that has knowledge from experience. Those with knowledge can demonstrate often right on the spot. I for one, think this pairing of great mind and body athletes with scientific researchers with their methods of testing results is really valuable and will pave the way for new discoveries for anyone seeking a greater understanding of themselves.

But let’s not get to caught up too heavily in the scientific analysis of why we act the way we do and instead let’s focus on the incredible potential we all hold and that nothing is set unless we choose it to be.

At the time of writing this blog a latest breakthrough for athletes from neuroscience has suggested that the best time to visualise and use our imagination is straight after exercise when thought is not agitated and mind and body are firing together. Anyone that has studied with me knows that I have been teaching and saying this for many years. This came to me after the experience of extensive training, the breathing I produced through physical movement and the feeling feedback of many different psychological / physiological components.

Different elements of my own mind and body continue to arise that I have never read or heard of anywhere. This isn’t unique to me and accessible to anyone that finds a progressive personal mind/body system that will reveal and enhance pure potential through self-understanding.

This month we are about to launch the groundbreaking course ‘The Healing Mind’ at our full time premises set within beautiful countryside in Sevenoaks, Kent. It is a life changing course that has transformed the lives of hundreds of people It is the first of its kind to cover how our … END_OF_DOCUMENT_TOKEN_TO_BE_REPLACED