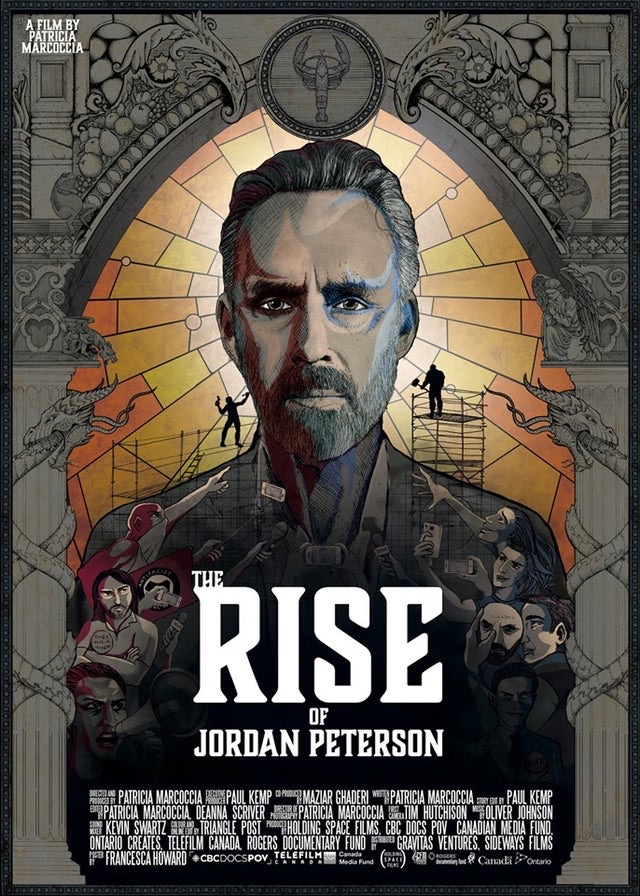 The Rise Of Jordan Peterson

This movie follows Jordan Peterson meteoric rise to fame as one of the great intellectual minds of our time.

The Rise of Jordan Peterson reveals why he is both hated and liked by so many people and it is clear from the movie just how much pressure he is subjected to as he adheres to his own beliefs and principles.

Love him or hate him, it is clear Jordan believes in the pursuit of truth and a better world and this alone makes his views highly dislikable, as any pursuit of truth does, particularly in a world where truth is all out of fashion.

“Courage begins and ends
in the daring to see ourselves
as we actually are behind the
mask we want society to see us as.”

“I am extremely worried about my sons anger, what can I do about it?”

Anger is a reactive emotion in order to attempt to gain control over an aspect of ones life or release emotional pressure.

Either way the gaining control over something/someone through anger or a form of emotional pressure releasing is from a past feeling. As much as it may sometimes seem, it is not an emotion that is independent of others and a primary root cause issue.

As destructive as anger can be, I’m far more concerned if someone (especially a child) cannot express their anger. This is because they can then become more withdrawn and are more likely to harm themselves and become addicted to substances or something else.

Obviously anger can be dangerous but it can be quickly and positively directed in creative ways that actually also address the root cause issue of anger. Many times, especially with girls and women, I am faced with those that haven’t been through the essential stage of anger and instead have suppressed it so deep, that their suffering has massively intensified into a multitude of personalities and behaviours.

This is too big a subject to cover here but in previous emails I recommended Arun Gandhi’s book – The Gift Of Anger as it is a great book on directing anger.

Anger is transformational. It is at times what saves people from slipping into the dark.

This month we are about to launch the groundbreaking course ‘The Healing Mind’ at our full time premises set within beautiful countryside in Sevenoaks, Kent. It is a life changing course that has transformed the lives of hundreds of people It is the first of its kind to cover how our … END_OF_DOCUMENT_TOKEN_TO_BE_REPLACED