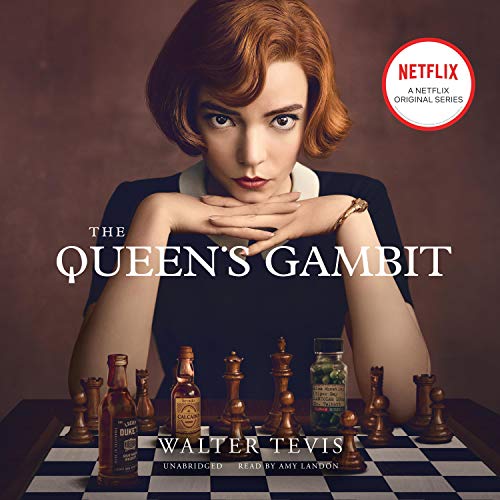 This is not a film but a series on Netflix based on the book by Walter Tevis. This is a gripping coming-of-age story of chess, addiction and trauma.

Eight-year-old orphan Beth Harmon is by all appearances ordinary and unremarkable until she discovers the game of chess. Her senses are heightened and grow sharper, her thinking clearer, and for the first time in her life she feels an element of control.

By 16 years old, she's already competing for the US Open championship but her battle with addiction and increasing sense of isolation threaten to consume her.

This series is doing extremely well.

Some interesting facts regarding this series came from Allan Scott from the BBC News, who described how it took 30 years to bring to the screen, had 9 rewrites and every studio he showed it to turned it down because they thought no one would be interested in chess.

How wrong they were. Its currently been viewed by 62 million people and rising rapidly.

Well worth a watch.

Paulo Coelho the author of The Alchemist has recently released ‘The Archer,’ a book of life lessons and strategies centred around the art of archery.

Illustrated throughout and full of short life lessons, this book is another reminder how one mastered art form can be applied to all of life, including how to overcome hardships and challenges.

“Man cannot remake himself
without suffering, for he is both
the marble and the sculptor.”

“Why do some people continually blame other people for everything that goes wrong?”

Someone asked me this week who has family issues with addiction and huge heaps of blame. I’m seeing this a lot lately.

This is a complex subject but real responsibility is rare these days and is the realm of true warriors that want to take ownership of their entire lives. Most people are looking for ways to shift responsibility onto someone else.

Blame has its roots in shame and fear.

You will find those that continuously blame other people often have deep levels of shame where feelings of inadequacy will naturally be present.

I know people that have been completely exposed in their actions yet on an almost childish level, continue to blame others.

This reflects their level of shame about what they’ve done and about themselves.

The required but avoided courage of being vulnerable enough to identify and admit their part in hurting others, is where the fear comes from. This fear then uses the ego as an armour that projects an illusion of strength yet in reality contains the opposite.

This month we are about to launch the groundbreaking course ‘The Healing Mind’ at our full time premises set within beautiful countryside in Sevenoaks, Kent. It is a life changing course that has transformed the lives of hundreds of people It is the first of its kind to cover how our … END_OF_DOCUMENT_TOKEN_TO_BE_REPLACED