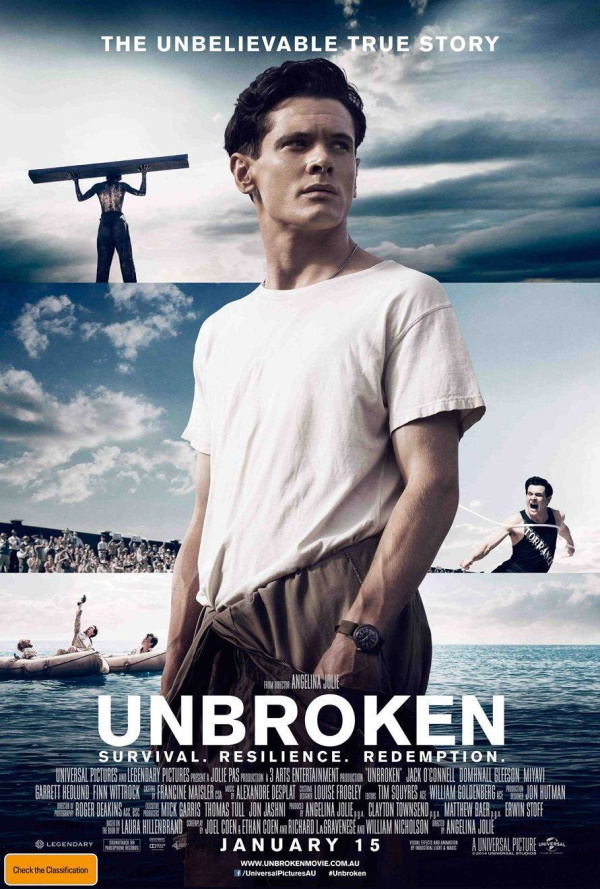 This film produced and directed by Angelina Jolie and written for the screen by the Coen Brothers, is a powerful true story of American Olympic athlete Louie Zamperini.

Louie was captured by the Japanese in the Second World War and the movie covers his time as a prisoner of war under the brutal Japanese corporal Mutsuhiro Watanabe.

It’s an incredible story of survival and resilience and Louie demonstrates his courage and power of the human spirit during these times and also after the war, exposing Watanabe as a coward.

“It is not power that corrupts,
but fear.”

The Element: How Finding Your Passion Changes Everything.

The brilliant Ken Robinson recently passed away after a short battle with cancer and so I thought it fitting to recommend this book and his Ted Talk, which has had more views than any other talk on the Ted platform.

Ken Robinson was a world renowned creativity expert and was a true spokesperson and pioneer for reforming schools into places of individual creativity.

He tells wonderful stories and describes how this discovery of the Element, is where natural talent meets personal passion.

This is for helping the bored child in school and the disillusioned adult.

Well worth a read.

Very funny and engaging and he will be very missed.

If you haven’t seen these I highly recommend them.

The first one is directly below from 2006 followed by the second one in 2010.

strong>“What is the best environment to raise our children?”

My immediate response to this young mans question was:

“It’s important to not be still acting like a child before you do indeed attempt to Father one.”

Although we had a laugh over this, it is a serious issue because the last thing a child needs is to be raised by a Father or Mother that harbours emotional issues from their own childhood.

The bookshops are lined with techniques and methods to raise children, some of these by those without children, which I always find amusing. What hardly any of these books cover though, is that the real issues that result in problem or difficult children, come from the parents.

We have become used to finger pointing at children and labelling them with many different conditions. Much of this labelling though, removes the responsibility and attention away from the parents. If we believe a child has a genuine disorder, independent of the parents behaviour, a space is created between the parent and child. The fact is though, these disorders are extremely rare and the vast majority of issues are due to parental stress and behaviour.

The real focus of raising children is not a ten step method but on the parents own state of mind. Any issues from the past such as unprocessed or suppressed emotional pain will be projected on to children. Children without any doubt, will trigger these shadows from the past within their parents. Having children is a two way street and parents should expect and allow the child to help the parent grow too. To love unconditionally, to serve the child’s needs and then let them go are acts with benefits so deep, it could fill an entire book.

I will finish with an apt quote from Buddhist teacher Thich Nhat Hahn.

“The most precious inheritance that parents
can give their children, is their own happiness.”

This month we are about to launch the groundbreaking course ‘The Healing Mind’ at our full time premises set within beautiful countryside in Sevenoaks, Kent. It is a life changing course that has transformed the lives of hundreds of people It is the first of its kind to cover how our … END_OF_DOCUMENT_TOKEN_TO_BE_REPLACED