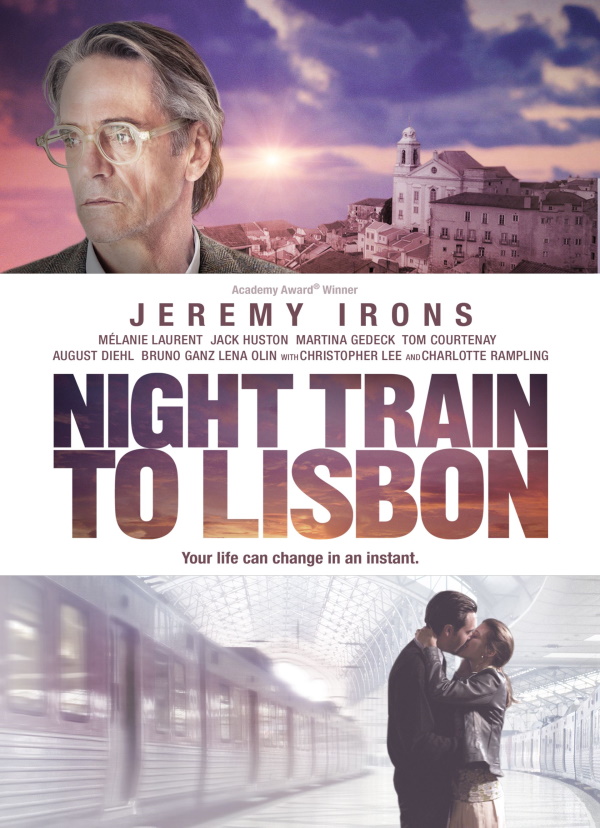 Ageing Swiss Professor Raimund Gregorius, played by Jeremy Irons is a teacher of classical languages who, after a dramatic encounter with a Portuguese woman, leaves his job and spontaneously travels to Lisbon.

He hopes to discover the author of a book, found in the Portuguese woman’s coat pocket, whose writings he has become captivated with. The author was a doctor and poet who fought against Portuguese Dictator Antonio de Oliveira Salazar and Riamund sets out to unravel his story.

As well as an engaging story, the film is also heavy in philosophy and meaning.

Someone recently asked me if I could share my fear blog again written several years ago. It was very popular at the time and very apt for the current situation.

So here is the link again for ‘Fear’ written from fears perspective.

“All cruelty springs from
weakness.”

“Do you do warmups before exercise?”

No I don’t. Controversial maybe but we must be the only species on the planet that needs to spend so much time preparing to physically move in a dynamic way. When you consider that sport and fitness came from survival, the very idea you had to warmup first in order to survive is somewhat faulty.

I believe we can train in a way that leaves us ready to move.

That said, for some people warmups are recommended, such as those with injuries, health problems and those new to exercise.

Watch a Cheetah or big cat stalk and explode into movement and notice they contract and pre load their entire physical structure beforehand.

We should also actively train this and it’s something I do indeed coach. I will cover this in-depth within the Unlimited Courage membership site.

You can check it out here:

This month we are about to launch the groundbreaking course ‘The Healing Mind’ at our full time premises set within beautiful countryside in Sevenoaks, Kent. It is a life changing course that has transformed the lives of hundreds of people It is the first of its kind to cover how our … END_OF_DOCUMENT_TOKEN_TO_BE_REPLACED