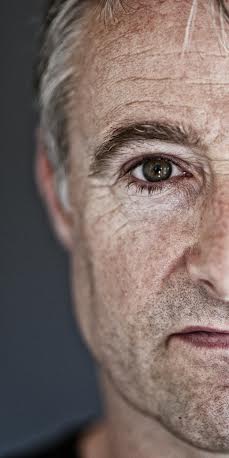 With 3 decades experience in his field, Simon Lee has now established himself as a pioneer in a new approach to delivering personal development coaching, healing and lasting mental strength.

A plain talking, no frills mentor, who has made his home in Kent. He has transformed the lives of people from all walks of life from business owners and entrepreneurs looking for a robust, more resilient mind, executives thwarted by stress and a lack of fulfilment to serious sports performers looking for better performance. He also spent a decade working with children suffering from trauma and mental health issues His guidance and coaching is bold and honest to ensure that his clients identify and take ownership of their challenges so that they may be faced head-on.

Simon Lee has spent over 3 decades studying, and more importantly practicing, the art of philosophy and delivering his unique approach to developing mental strength, healing and expanding the potential of the mind.

His life experiences as a child were difficult and challenging and made him start his personal development quest at a very young age. living in a very volatile family environment. This resulted in chronic anxiety and recurring depression that forced him to search for a life of more meaning.

His initial search led to him winning a Southern England bodybuilding title at just 20 years old. Shortly after he won the title he realised that this wasn’t what he was looking for and had actually made him feel worse. Muscles didn’t make the man. Muscles gave him a false sense of courage and confidence and this realisation helped him turn his back on a sport that had paradoxically served merely to heighten his sense of insecurity.

Having not resolved his past, he fell extremely ill with M.E. for five years. The result of a depressive and anxious state that ultimately probably saved his life. The medical doctors thought he had leukemia it was so bad. He was told numerous times he would never be fully well again.

Following this he found martial arts and re-immersed himself in Eastern philosophy which included meditation, Chi Kung and ancient physical conditioning methods for the mind and body under great knowledgable teachers.

He learned how to heal myself and then started to show doctors and deliver talks about what he had done. This was the embryonic stage of his unique approach on healing the mind and body through food, thought and movement.

Through his own illness, he had an incredible breakthrough moment by realising that everything he thought, did, watched, believed, consumed and the people he mixed with were connected.

A tapestry of life was revealed that infiltrated and weaved into absolutely everything.

He became a meditation and Chi Kung instructor helping hundreds of people overcome a wide range of health issues that uncovered how mental health or unresolved childhood stress, manifest in a wide variety of physical conditions and disease.

One of Simon’s talks called “Free The Mind.”

From this debilitating illness, emerged a person who understood the power of combining the psychology of the ancient philosophies, meditation, nutrition and a regime of training and breathing techniques to achieve positive outcomes and access memories that contained trauma. Newly energised, Simon grew stronger and stronger; but this was a new internal strength which very simply explained, was derived from sources both physical and mental; inextricably linked.

During this time he deepened his understanding and coaching of a performance mindset and how everything we do can be aimed towards the same goal and outcome.

He was soon able to tackle challenges like ultra-marathons, and at the age of 42 he completed “The Wolf” several times, a 45 mile ultra marathon in the Caingorm mountains in the Scottish Highlands; he arrived third out of 250 participants.

His background has taken him from working as a nutritionist for a private medical company, to a physical conditioning expert and deepening his work as a healer incorporating the philosophies and values he had discovered.

It would not be an exaggeration to say that people who have been coached by Simon have experienced phenomenal results. He is one of the most knowledgeable and diverse coaches in the UK due to his experience in both the performance and therapeutic applications.

Simon is a father to three children and lives with his life partner Samantha, in Sevenoaks, Kent.

This month we are about to launch the groundbreaking course ‘The Healing Mind’ at our full time premises set within beautiful countryside in Sevenoaks, Kent. It is a life changing course that has transformed the lives of hundreds of people It is the first of its kind to cover how our … END_OF_DOCUMENT_TOKEN_TO_BE_REPLACED